An integrated chelated microfertilizer with an increased content of nitrogen, magnesium and sulphur, designed for foliar application on legumes. 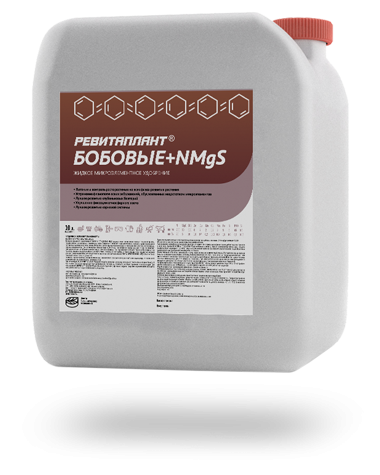 Nitrogen is taken up by a legume plant throughout a growing season. Nitrogen is part of the proteins that make up the life basis, i.e. nucleic acids (RNA - ribonucleic acid and DNA – deoxyribonucleic acid), chlorophyll, phosphamides and other organic compounds.

Magnesium is a central element of a chlorophyll molecule, one of the activation factors of many enzymes and performs several functions. Magnesium is essential for photosynthesis; if its content drops too low, this limits the assimilation of CO2. Magnesium plays an important role in a symbiotic fixation of nitrogen by a plant.

Sulfur is necessary for the synthesis of certain amino acids, and thus, for the formation of proteins. It participates in chlorophyll synthesis which takes almost as much sulfur as phosphorus and magnesium. Sulphur plays a large role in the symbiotic fixation of nitrogen by the plant.