Integrated chelated fertilizer with a higher content of nitrogen, magnesium and sulfur, used for beetroot seed treatment in case of grain sowing. 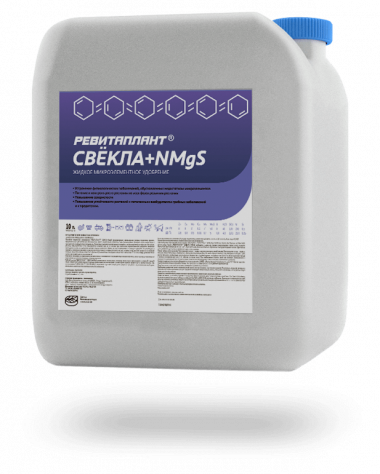 Without nitrogen, protein molecules being the basis of any living organism cannot be formed in a plant. So protein contains about 18% nitrogen.

In addition, nitrogen is a component of chlorophyll, without which vital photosynthesis is impossible. That is why in case of a nitrogen shortage or excess, leaves are the first to be affected.

With a deficiency of potassium and magnesium, the flow of photosynthesis products from leaves to actively growing parts of the plant is significantly reduced, as a result of which the growth and development of beets slows down. Magnesium is an active component of chlorophyll. In addition, magnesium boosts the activity of many enzymes and influences the intake and transfer of phosphorus in plant tissues. A balanced nutrition program including magnesium fertilizers increases the sugar yield of beets.

Sulfur is an important component of enzymes and proteins, and since chlorophyll mainly consists of proteins, a lack of sulfur can significantly reduce beet yield. A plant that lacks sulfur is not able to fully use up nitrogen, so signs of sulfur deficiency are very often similar to those observed with a lack of nitrogen.

The required number of trace elements is not always there in the soil, and therefore should be replenished through top dressing with micronutrient fertilizers, subject to results of soil or leaf diagnostics.